According to an anonymous source, there’s been a recent re-alignment along the fringes of the fascist right in Australia. The re-positioning is both the result of and the Creator of some ongoing friction between ‘Blood & Honour Australia’ (B&H), the ‘Southern Cross Hammerskins’ and the ‘Creativity Alliance’ (CA) on the one hand and the ‘national anarchists’, ‘New Right’ (NR) and ‘Volksfront Australia’ (VF) on the other.

B&H and the Hammerskins have been operating in Australia since the late 1980s, while the CA is of much more recent origin, only forming in January 2007 (although ‘Creativity’ the White supremacist cult has attracted a range of oddballs prior to this date). NR and VF are also relatively new players on the far right scene–as are, of course, the ‘national anarchists’.

The leading figure in all three groups–NR, VF and national anarchists–is Welf Herfurth, pictured below at a VF gathering in Sydney in July 2010. The gathering was to raise funds for individuals VF regards as being ‘Prisoners of War’ in the battle against the destruction of the White race. According to VF, this destruction is taking place as a result of Jewish world domination. 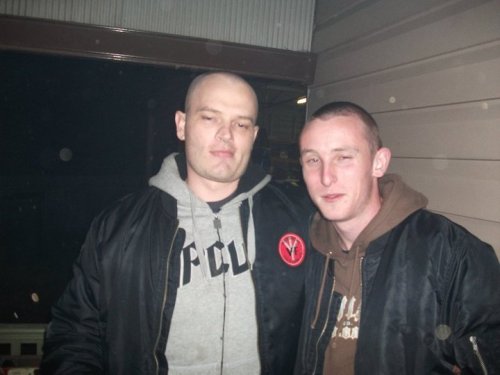 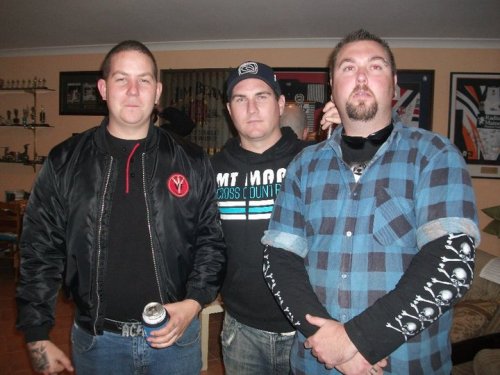 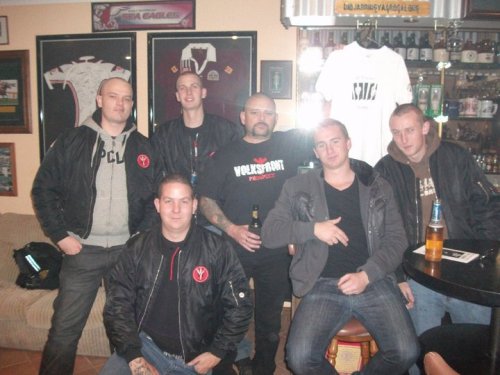 On the other side of the equation is Scott Harrison, now a Reverend in the CA in Geelong (Victoria) but formerly a follower of Welf Herfurth’s. Until very recently, the CA included VF member Chris Smith. However, as Chris is a member of VF, and Scott is a fan of B&H and the Hammerskins, Scott has denounced his former friend in NSW and announced that Chris has been expelled from the Alliance. As a result of his expulsion, the CA has been reduced to Scott in Geelong, Chris Campbell in Adelaide and a lonely man in Queensland.

Hell hath no fury like a teenager scorned, or so they say.

This entry was posted in Uncategorized and tagged Scott Harrison, Welf Herfurth. Bookmark the permalink.